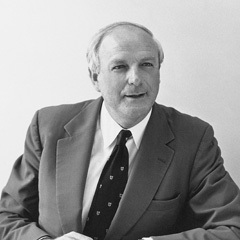 Disheartened by the dearth of political courage and statesmanship displayed by our representatives in Washington (with a few notable exceptions), I came across a blog I wrote 10 years ago inspired by the memoirs of a remarkable Australian politician, Kim E. Beazley.*

Among his many accomplishments as Minister for Education were the abolition of university fees and the introduction of needs-based funding for all schools. He also put the issue of Aboriginal rights onto the national agenda. He retired in 1977 as the longest serving member of the House of Representatives and widely regarded as one of Australia’s greatest parliamentarians.”

Elected at the age of twenty-seven, he was a rising political star when he encountered Moral Re-Armament (now Initiatives of Change) and attended a conference in Caux, Switzerland.

For Beazley it was a watershed moment that re-framed his life and career. He wrote an honest letter to his wife about events he had concealed from her. The letter made her feel, she said, that, “I could trust my husband forever.” He also apologized to political colleagues. As he said at the time, “In politics you can lie by distortion, and I have done that. You can also lie by concentrating only on your opponent’s mistakes and never on their virtues. That was my particular problem.”

He began to approach issues on the basis of, “It’s not who is right but what is right.” In his memoirs he wrote: “For me, honesty meant that I would not play the political game of making cases, suppressing everything inconvenient to my position and playing up everything convenient. This game has many dangers, not least that I found I was convincing myself on the strength of arguments I didn’t really believe.”

As a young politician, Beazley spoke against the racial bias of Australia’s immigration policies and throughout his career he was an advocate for the Aboriginal people. In 1960, as the Labour party’s spokesman on Aboriginal Affairs, he told parliament, “I suspect that assimilation is a more immoral policy than apartheid, because apartheid at least assumes a right to exist, while assimilation is extermination.” Beazley helped to restore Aboriginal land rights and dramatically increased their educational opportunities. He believed that “to deny Aboriginal people an education in their own language was to treat them as a conquered people.”

Some believe that Beazley’s commitment to be true to the voice of conscience cost him the highest leadership position. But more importantly, he won the trust and respect of both parties and of a grateful country.

*Father of the House (2009 Fremantle Press). It should be required reading for all Republicans and Democrats!