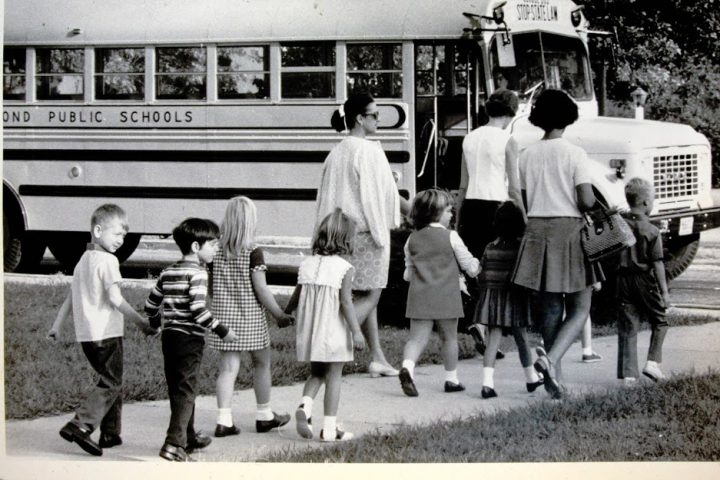 When my wife and I arrived in Richmond in 1980, the schools were experiencing white flight to the counties and to private schools. Living in the Carillon neighborhood all three of our sons attended the local John B. Cary Elementary School, which began as a “model” school, open to people across Richmond and designed to reflect the racial makeup of the city. Places were in high demand and student selection was by lottery based on racial and gender quotas. There was no sibling policy, but all our sons were lucky enough to be selected.

By the time our youngest son, Andrew, entered Cary, it had changed to a neighborhood school. The demographics began to shift. I recall a PTA meeting where a white father stated, “We are proud of the diversity in this school, but we don’t want too much diversity.” In the late 1980s white parents “rediscovered” Mary Munford Elementary School which at the time was 96% black although it was situated near some of the wealthiest neighborhoods in the city. (Black kids were bused in.) Many white Cary parents, who were dissatisfied with a new principal, transferred their kids. Today, Munford is about 73% white and 12% black.

By the time Andrew graduated from John B. Cary he was the only white male in his class. This story is typical of swings that occur as white middle-class parents who have the privilege of mobility seek the best options for their children. (Incidentally, all three of our sons say that when they went to college, they were better prepared for the real world than many of their peers who had attended largely white schools. Andrew won a two-year Harvard Fellowship with the Bill and Melinda Gates Foundation and is now on the foundation staff helping them redesign their support for public education.)

In recent years, Richmond has attracted increasing numbers of young white families, many of whom express a desire to live in a diverse urban community. I had hoped that they would approach the question of schooling with a less racially biased lens than earlier generations. So, I was disappointed by recently reported comments by some parents at William Fox Elementary School that a proposed pairing with Cary (just a few minutes’ drive west) to create two racially balanced schools would force them to choose private schools or move to the counties. According to the Richmond Times-Dispatch, Richmond Schools Superintendent Jason Kamras termed some of the initial reactions to the preliminary plans “Massive Resistance 2.0,” in reference to the state’s opposition to desegregation in the 1950s and 1960s. It seems that many white parents still want diversity on their own terms.

Some years ago, our Hope in the Cities team launched forums and city-wide conversations about education with the question, “If every child were my child, what would I do differently?”

This question raises discomforting moral issues with which we as a community must grapple if we are serious about building an education system that is worthy of every child in Richmond.