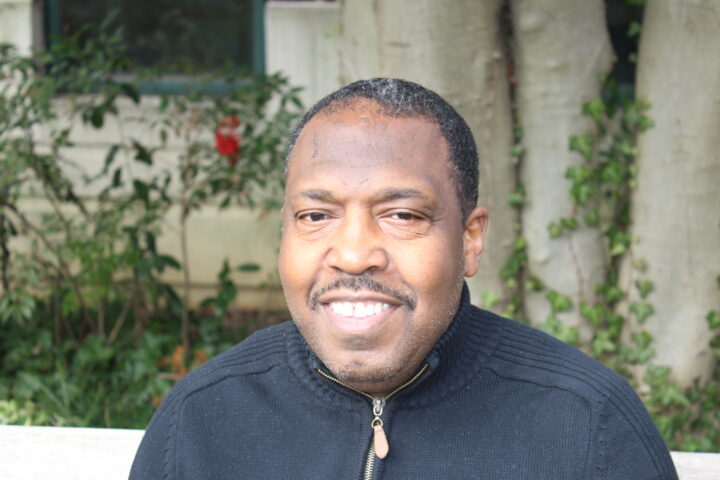 Chalton Askew is the first executive director of Trustbuilding Inc. in LaGrange, Georgia, the county seat of Troup County, about 70 miles south of Atlanta. The city’s population of 30,000 is 48.0% Black, 44.5% White, 4.7% Hispanic/Latino, 2.5% Asian.

Askew is one of six community leaders from LaGrange who have attended the Community Trustbuilding Fellowship offered by Hope in the Cities, a program of Initiatives of Change in Richmond, Virginia. Several hundred community leaders from at least 15 states have taken part and are now using their trustbuilding skills to work for racial healing and equity in education, police, city and state government, museums, philanthropic institutions, grassroots organizations and faith communities.

Modeling the change
In a recent conversation Askew told me, “I am so grateful for the Richmond experience. There are few things in life that result in such significant change. ‘Modeling the change’ is the most important aspect. It builds a new tool. It helps me overcome my first instinct and absorb the blows. It helps me to stay open. An important question is, what do you set in motion by your actions?” When he talks with people about what he and his colleagues are doing and the change it can bring, “I can see a sigh of relief that there is something at work.”

Several years ago, leaders of Troup County who had begun to see race emerge in all the major issues they were facing in the community, requested the support of Hope in the Cities in their initial efforts at dialogue and racial reconciliation. Over the next five years, my colleagues Cricket White and Rev. Sylvester “Tee” Turner made numerous visits to LaGrange. During that time, some 300 people took part in local trustbuilding workshops. They included the mayors of LaGrange and two other cities in Troup county, city council members, law enforcement officers, pastors and nonprofit leaders who met for two-day sessions and bi-monthly community gatherings at LaGrange College. Every year for three years, representatives of the LaGrange trustbuilding initiative also took part in the five-module residential Community Trustbuilding Fellowship in Richmond.

Reckoning with history
The LaGrange workshops, each attended by 20-25 people, ran for 10 hours over two days. Level 1 focused on personal core values and experiences of race, an historical timeline and intragroup dialogue. Level 2 explored what participants were learning, key issues in the community, the role of unconscious bias and privilege, and exercises around hearing stories from the other’s point of view and asking supportive questions.

One participant was the police chief, Louis M. Dekmar. During one of the sessions, the story of a lynching 77 years earlier when a Black man was dragged from a jail cell by masked white men, came to the fore. The lynching was the catalyst for the formation of the county NAACP. In January 2017, the chief extended a public apology to Ernest Ward, the president of the Troup County NAACP. The event made national news. The chief ensured that police took part in every workshop. Tee Turner reports that in one session they noted that the motto of the police is “protect and serve” but often the goal is “get home safely.” They explored this tension and the question: do I trust the community and does the community trust me? Largely as a result of these experiences, LaGrange hosted a state-wide conference of police.

Planning for sustainable change
The LaGrange enterprise was built on solid foundations. Before initiating any activites, two widely respected leaders visited Richmond for consultations. Ricky Wolfe is a white former county commission chairman, and Carl Von Epps, who is Black, is a pastor, a former state represenative and chair of the Black Caucus. They began a strategic process of meeting with key people in the community who needed to be part of the initiative. A series of gatherings and consultations with White and Turner  focused on getting the right balance of people in the room. The selling point was how a trustbuilding process would benefit the community.  Over time a steering committee evolved as a leadership group.

With all three mayors on board, each jurisdictions contributed $25,000 annually. An important partner from the start was LaGrange College which provided meeting space and financial support. The president of the college became the co-chair of the Trustbuilding committee.

The LaGrange group has organized bi-monthly breakfast gatherings as a way of maintaining connections among those who have participated in the training. They frequently invite speakers from out of town.

A focus on relationships
A guiding principle of Initiatives of Change is that a demonstration of change in individuals and relationships is the most effective advocacy. Chalton Askew says that this approach of modeling the change has met with resistance at times by some people who are working on racial issues. But the Trustbuilding committee has become a resource for other organizations and is part of important changes in the  community.

“We built relationships with school board members. We began to meet with the chairman. We helped with strategic planning. When two places opened on the board, they were filled by members of the committee. Then when the superintendent resigned, we were asked to be part of the selection process for the new hire and we provided some criteria.” The vote on the new superintedent was unanimous.

Tee Turner continues to function as a mentor. Cricket White says, “I believe that the level of trust that has been built between the LaGrange leadership group and with us is completely due to Tee’s accompanying them on an active basis. It is the piece that differentiates the Hope in the Cities approach from any other.  We are not just in a business relationship with them, there is a personal bonding.”

Two other cities in the region have asked for help from the LaGrange team. In an interview with the LaGrange Daily News Askew said, “This to me is the perfect time to have the highest level of impact. I want to help address the elephant in the room, and that which has gotten swept under the rug over many years.”