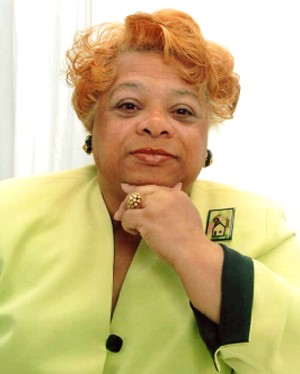 A special guest column by Rev. Dr. Paige Lanier Chargois, a Baptist minister who has pioneered truth-telling and racial healing initiatives in Richmond, Virginia, and internationally, and who has served as chaplain at eight universities. Her books include Certain Women Called By Christ:  Biblical Realities for Today. This commentary continues our conversation on the theme of finding our humanity (see Feb 25 blog)and overcoming the false narrative of a human hierarchy based on skin color.

Ignited by USA’s cataclysmic season of election, insurrection, and intensifying white supremacy, I have had a rare experience of “intersectionality”! As a black woman, ordained clergy, and long-time professional in racial reconciliation, it has rendered me disheartened but clear, weary but focused, saddened but confident there is a way out of our racial morass if we choose it!

In reflection, I have recalled more than 30 “tools” we and others used in attempts to end white supremacy, transform racial hatred, and build new social networks through which good citizens could work through their racial animus. To little avail – given not only these recent incidents – but the stark statistics yet revealing we’ve barely touched half of the American populous after nearly 40 years of intense efforts! Desegregation and integration were our precursors.

A new reality must emerge from somewhere. I may not have “THE” solution, but I believe what follows can point us in a better direction. Given that the anniversary of The Holocaust was just a few days ago (January 27th) I was drawn to Elie Wiesel’s reference to Hitler’s gestapo:

They really wanted to create a universe parallel to our own. They wanted to reinvent creation. And in that universe, in that creation, a new language          was invented, a new attitude towards human beings, a new God.

Similarly, the Bible has been twisted for centuries to justify racialized enslavement. But biblically, only two conditions could warrant any possible enslavement:  war and/or poverty and slaves were to be freed after x-number of years. There are biblical references to Africans from Egypt and Ethiopia but there is no concept of “race”, only one’s nationality. I have used such realities for decades as a bulwark against racism and folk biblically justifying the enslavement of others. But it does not seem to have stemmed the tide against a deepening sense of racialized supremacy in our nation.

The seedbed of racism was neither social nor political. It was spiritual!  Within the Christian church on the shores of North Africa, around the fourth century AD, a group of church folks decided that one’s spiritual proximity to God depended upon the tone of their skin: “the lighter skinned you were,” i.e., white, “the closer you were to God.” Conversely, “the darker skinned,” i.e., black, “the farther away from God you were.”

They even wore white garments every day to symbolize and concretize their belief. The way they preached and symbolized that belief is reflected in the sentiments of Elie Wiesel about the Holocaust centuries later. For the first time in history, “humanity” was affixed to one’s color of skin. And to beat an old, worn out declaration: “the rest is history!”

Genesis 2:7 declares: God formed man out of dirt from the ground and blew into his nostrils the breath of life. The man came alive – a living soul! (The Message Bible) Molded out of dirt, Adam lay lifeless on the ground with all of his physical and mental “capabilities” intact. However, Adam had no capacity to actualize those capabilities until God “breathed into his nostrils the breath of life, and Adam became a living (soul).”

Every physical aspect of Adam was dead INCLUDING HIS SKIN! None of what Adam was, or had, was of any value – just worthless dirt – until God’s breath entered his body!  I know many will say that is a belief unique to the Abrahamic faiths which atheists or other religious traditions do not embrace. Agreed.

However, beyond religious beliefs or creeds, science declares though life begins at conception the human is not viable until it can BREATHE independently outside of the womb. A fetus cannot breathe in utero; the mother breathes for the fetus. Therefore, the beginning of one’s humanity is when he or she breathes on their own! Conversely, the cessation of life and one’s humanity is when the last breath is breathed.

History documents that – relative to race – some have chosen to live out of their mere physical “capabilities” – shaping social, economic, and political systems on the basis of skin color – instead of through spiritual “capacities” which are the very core of our humanity! So the Bible and science agree about the two main aspects of being human: the physical and the spiritual; the latter of which is interpreted or understood differently by some.

Consequently, that has led to the human conundrum that we “love things” and “use people” when the best of our humanity affords us the power to love people and use things.  Sadly, we crave power over folks which confirms such an age-old insight.

It was Abhijit Naskar, an internationally renowned cognitive and behavioral neuroscientist, who confirmed this train of thought: The moment that humanity disappears, the world will be torn to pieces.

For centuries, our humanity gradually “disappeared” being reshaped within the cauldron of race. America experienced “our world” of constitutional democracy being more overtly “torn to pieces” after decades of covert racial hostility! He added: To see people as more important than traditions, beliefs, and disbeliefs, is what turns an animal into a human.

Though we all are human, too many live out their humanity quite superficially – on the surface of their skin – because of the color of it. I grieve for them knowing the beauty, depth and quality of humanity that is our collective GOD GIVEN GIFT through which we are called to live!!!

Because Blacks did not coin the concept of race, neither fostered systems based upon it, Blacks “own” our humanity at a far different depth. With the richness and depth of our African Traditional Religions, the experience of enslavement deepened our rejection of such a superficial level of life and living. We have valued ourselves quite differently. Recognizing the faith that brought Africans through such heinous enslavement, it is so fundamental to declare that Africans knew quite well the God that white Christians tried to separate from us based on our skin. Living our daily lives, we never saw ourselves through the color of our skin; that was systemically imposed upon us by those who could only see their humanity through the color of their skin. Big difference!

The George Floyd killing is the perfect picture that frames and concludes what I have sought to share in this offering:  the one who has not denied his humanity is on the ground knowing he needs breath to live while the superficial human – with his knee on George’s neck – is saying “just get up” denying that it takes life-sustaining breath to do so.

Healing will come when white folks change and reject a humanity based upon the color of skin!