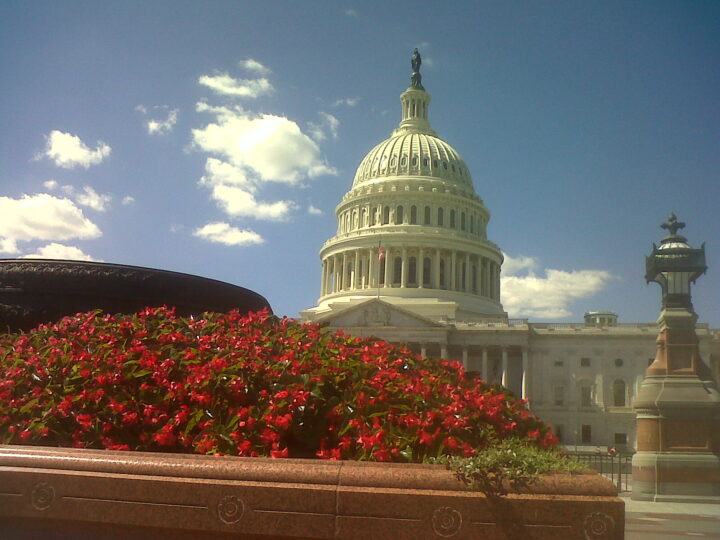 On January 6, a white mob assaulted the US Capitol. “Hang Mike Pence!” they shouted as they forced their way into the Chambers. Some carried assault rifles and Confederate flags. Others brought explosives. One man had texted he was thinking of “putting a bullet” in Nancy Pelosi.

There was no doubt about the intent of the ringleaders. They were hoping to overthrow the elected government. Others were there for the ride. They took selfies.

In the aftermath of the riot, Congressional leaders – including Republicans whose actions had incited the violence – called for healing. But there can be no healing without truth. And America has been avoiding some truths for too long.

Most importantly, we need to confront the false ideology of white supremacy that has infected this country since its founding. It justified the colonization of a continent and the genocide of indigenous peoples. It justified the enslavement of millions of Africans and an economic system benefiting both North and South based on forced labor.

Violence has been the primary tool of white supremacy. After a bloody civil war fought to  maintain slavery, the aggrieved losers assassinated a president and instituted a reign of terror in the South that lasted 100 years. It was, as one commentator put it, “a totalitarian society enforced by a police state.” It is estimated that 4,743 people were lynched between 1882 and 1968. These murders were spectator sport, “part carnival, part torture chamber, and attracted thousands of onlookers” writes Isabel Wilkerson in Caste: the Origins of Our Discontents. Young girls and boys attended with their parents. Postcards depicting burned and mutilated bodies became a common form of communication by the early 1900s.

The Nazis studied Southern racial policies as a model for their purity laws and were fascinated by the ritual torture and mutilation that accompanied lynchings. Hitler marveled at America’s “knack of maintaining an air of robust innocence in the wake of mass death.”

As early as the 17th century, a bargain was struck with poor whites by the Virginia aristocracy who feared a class revolt by white indentured servants and blacks. The explicit message was: However poor you are, you will always be superior to any black person. Skin color became the poor white’s most precious possession. When millions of African Americans fled north in the Great Migration during the first half of the 20th century, they were met with hostility and even violence by recent European immigrants, who had transitioned from being Czech, Hungarian or Polish to “white,”  thus gaining admittance to the dominant class. Martin Luther King, Jr. said he had never encountered so much hate as in Chicago.

Particular violence was directed at successful African Americans. By 1897, increasingly prosperous African Americans owned nearly 14 percent of businesses in Wilmington, North Carolina, provoking resentment in the white community. Resentful white Democrats launched a violent and successful coup to unseat the government made up of white Populists (a left-wing agrarian party) and black Republicans and roamed the streets killing African Americans. When a black man tried to vote in Ocoee, Florida in 1920, a white mob burned homes and businesses, lynched and castrated black men and drove any remaining African Americans out of town.

In 1929, in what has  been described as the worst act of domestic terror in US history, white mobs, aided by local police, destroyed virtually every structure of a twenty-two-block area of Tulsa, Oklahoma, including some 1,200 homes, as well as business, churches, and schools. Bodies were thrown into mass graves.

In one of his volumes of the History of the American people, the future President Woodrow Wilson praised the Ku Klux Klan: “The white men were roused by an instinct of preservation…until at last there had sprung into existence a great Ku Klux Klan… to protect the Southern country.” Later he hosted the notoriously racist film “The Birth of a Nation” at the White House.

Until the 1960s there were at least 10,000 “sundown towns” in the North as well as the South where blacks had to leave the city limits by dusk or risk arrest (or worse).

Lyndon Johnson once commented to his press secretary, the young Bill Moyers, “If you can convince the lowest white man he’s better than the best colored man, he won’t notice if you’re picking his pocket.”

With the coming of civil rights legislation, the ground began to shift. Russell Baker wrote in the New York Times that the “White Anglo-Saxon Protestant has seen his comfortable position as the ‘in’ man of American society become a social liability as the outcasts and the exploited have presented their due bills on their conscience.” From the time of Nixon, the Republican party has appealed to the fears and insecurities of those who see a threat to their identity and their place on the ladder of human hierarchy.

The arrival of a black man in the White House in 2009 gave oxygen to a fire that had long been smoldering. The Tea Party was an immediate reaction. In the 2016 election, Trump rode to power on a wave of white resentment. After the recent assault on the Capitol,  Representative Nancy Mace of South Carolina, recognized how white insecurity had been manipulated. “Their hearts, minds and wallets were taken advantage of.”

Where do we go from here? This country has never had a national truth commission to fully acknowledge the human cost of slavery and discrimination. A useful first step may be the Commission on Truth, Healing and Transformation  proposed on June 4, 2020 by Congresswoman Barbara Lee (D-CA) with more than 130 co-sponsors. (By the end of 2020 the number had risen to 170 in the House and Sen. Corey Booker had introduced a companion resolution with 13 co-sponsors in the Senate.) As Michael Wenger writes, the resolution calls for us to “address the underlying cause of racist behavior, the embedded belief in our society of a hierarchy of human value based on such superficial characteristics as skin color and facial features. It holds the promise of the permanent transformation of our society into one in which black lives are valued equally with white lives.”

We need a national commitment to public truth telling on the same scale and with the same commitment as demonstrated by Germany since the 1990s.  Berlin alone has 423 monuments to Nazi crimes. Almost 70,000 “stumbling stones” have been laid across Europe from Poland to Spain. These small brass plaques in the sidewalks in front of houses memorizes the individuals who were deported. The giant Holocaust Memorial opened in 2005. As Susan Neiman writes in Learning for the Germans: Race and the Memory of Evil, “a nation that erects a monument of shame for the evils of its history in its most prominent place is a nation that is not afraid to confront its own failures.”

We need a political commitment to repair the decades of discrimination in education, housing, health care and a punitive justice system that disproportionally imprisons people of color.

Along with this we need to design and implement curricula in every public school that portrays our  history honestly and unflinchingly. Such curricula could finally put to rest the false narrative of a racial hierarchy (or “caste” as Wilkerson describes it) and teach us to honor the humanity of every person.

National media can play a helpful role by reporting much more extensively on the many local efforts where communities are coming together to acknowledge their history and have honest conversation about its legacy. Walks though history with participants of different backgrounds such as pioneered in Richmond, Virginia, allow “the conscience of large numbers of people to give up avoidance and be activated in its most positive sense,” writes Joseph Montville.

Undoing the lies of centuries will not be easy. But perhaps the shock of recent events offers an opportunity for the kind of courageous truth telling that can lead to healing.