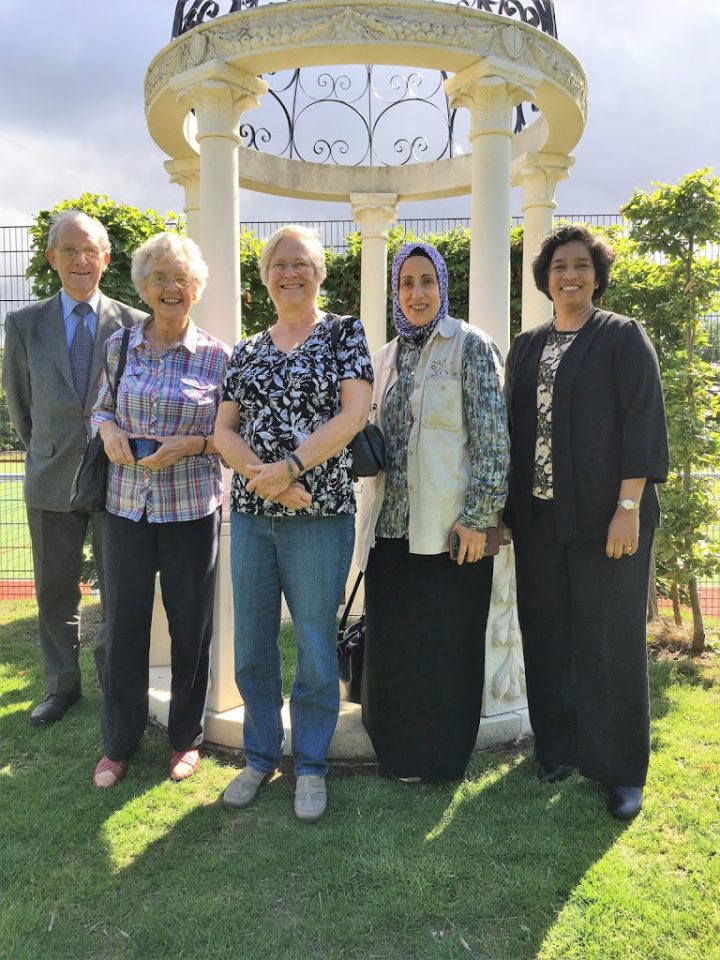 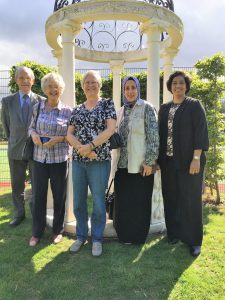 Hope in the Cities can trace its roots back to a relationship with Liverpool that began in 1983. Alfred Stocks, the city’s chief executive (city manager) and other Liverpudlians committed to the principles of Initiatives of Change invited us to bring an interracial group from Richmond to meet with local officials. As described in my book, Trustbuilding, Liverpool had experienced the Toxteth riots just two years earlier and was also still recovering from vicious political warfare after Trotskyites had taken control of the city council and had bankrupt the city as a protest to Prime Minister Margaret Thatcher’s policies. In this polarized atmosphere Alfred Stocks was one of the few people trusted by all sides.

The Richmond group had never worked together before and there was a history of deep distrust among several members. But a remarkable transformation took place during that shared experience in Liverpool. As one person said, “We came back a team.”

Over the years the relationship with Liverpool grew. In 1993 Gerald and Judith Henderson came to Richmond for three months to help with preparations for the landmark “Healing the Heart of America” conference, which included Richmond first “walk through history” and the inauguration of what is now the historic Slave Trail.

This month we spent two days with the Hendersons. Liverpool has changed greatly since the 1980s. It is far more international. In 2008 it was declared Europe’s “Capital of Culture.” A remarkable slavery museum tells the story of Liverpool’s leading role in the transatlantic trade. It was during a visit there that my colleague Tee Turner met John Franklin, a cultural historian and senior manager at the Smithsonian’s National Museum of African American History and Culture. John has become a close collaborator with Hope in the Cities.

An hour’s drive from the city we visited the home and workshop of the sculptor Stephen Broadbent who specializes in public art. He remodeled Bridge Street in Warrington with a “River of Life” following a bomb blast that killed two young boys. His “Reconciliation Statue” stands in Richmond’s Shockoe Bottom, site of the former slave market. Stephen and an official delegation from Liverpool were present in Richmond in 2007 for the unveiling. 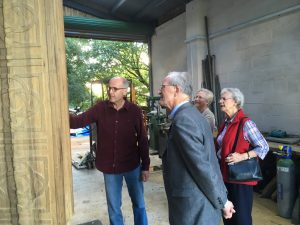 We also visited Hope University, Europe’s only ecumenical university, which has grown dramatically under the dynamic leadership of Gerald Pillay, the vice-chancellor and rector. I first met Pillay in South Africa in 1995 when he was teaching at the University of South Africa in Pretoria. His forebears were brought from India to the British Colony of Natal. He told the Guardian newspaper: “One of the powerful ways that people like us could articulate the liberation story was through theology, because in South Africa theology was a living discipline, not an ivory-tower discipline…Theology and my interest in Gandhi drew me into the promotion of equity and change.”

He has carried this same philosophy to his work in Liverpool. Impressively, 98 percent of graduate students were employed or further education six month after graduating. Pillay invited Initiatives of Change to help develop a “School for Changemakers” on the campus. During a previous visit in 2011, I led a lively discussion and a trustbuilding workshop with students.

Sadly, Gerald was in South Africa when we visited this time as his mother was very ill, but his wife, Nirri, a law professor, showed us the immaculate campus. She joined us for lunch with Omnia Marzouk, a distinguished doctor recently retired from a senior management role at the UK’s busiest children’s emergency department. Omnia’s family is from Egypt and her father was ambassador to Australia where she spent her teenage years and studied medicine. She has served as President of IofC International and we have worked together on many projects over the years.

The Liverpool-Richmond relationship is an example of friendships and partnerships that have endured over many decades and the unique global network of trust that is Initiatives of Change.