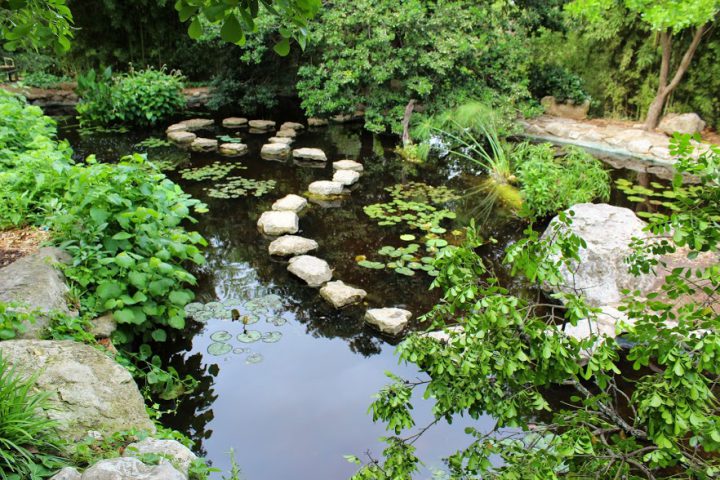 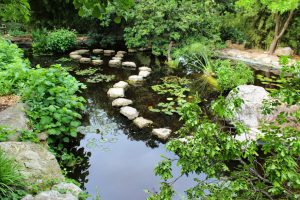 When I first met Rev. Bill Wigmore he was running the largest recovery center in Texas based on the 12 steps of Alcoholics Anonymous.  In recent years, Wigmore, who is an Episcopal priest, has been researching the movement’s early methodology to rediscover the lost or forgotten process

followed by Dr. Bob and the A.A. pioneers. Foremost among these is what Wigmore describes as two-way prayer – regular quiet times which he says were regarded as even more important than group meetings.

Dr Bob wrote that the alcoholic “must have devotions every morning,” a ‘Quiet Time,’ which includes prayer and some reading from spiritual literature. “Unless this is faithfully followed there is grave danger of backsliding.”

The Oxford Group (later Moral Re-Armament and now Initiatives of Change) provided the founding principles for A.A. Wigmore says that in the late 1930s, when A.A. separated from the Oxford Group, it left behind a number of ideas and a few of the Group’s most effective spiritual practices. Letting go of some of these was deemed necessary at the time, but Bill Wilson later lamented “…something was lost from A.A. when we stopped emphasizing morning meditation.”

Today, various forms of meditation and mindfulness are practiced widely by people of all faith backgrounds as well as those who describe themselves as spiritual but not religious. Brain science is showing the health benefits of such practices. Business schools now incorporate it into their courses, and school teachers are finding that a short period of meditation can improve behavior and learning readiness of children who often come into the classroom distracted or stressed.

However, while many contemporary forms of meditation focus exclusively on the self, the Quiet Time as practiced in many IofC circles, connects us both with our true inner compass, or God, depending on our faith  or cultural tradition, and with other people and practical life.

This may be important in a society which is becoming increasingly self-preoccupied. Ruth Whippman has spent the last few years researching and writing a book about happiness and anxiety in America. In a New York Times

commentary she writes, “I’ve noticed that this particular strain of happiness advice – the kind that pitches the search for contentment and an internal personal quest, divorced from other people – has become increasingly common.”

She notes that spiritual and religious practice is “slowly shifting from a community based endeavor to a private one with silent meditation retreats, mindfulness apps and yoga classes…. ‘self-care’ has become the new going out.” Paradoxically, while we put more and more emphasis on seeking happiness within, Americans are spending less time actually connecting with each other. Yet contrary to popular belief, research shows that happiness comes not so much from within but from our interaction with other people. A healthy introspection is an important part of life, but we have got things out of balance. 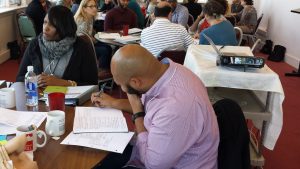 Michael Curry, the presiding bishop of the Episcopal church recently told our congregation at St Paul’s Church that “self-centeredness is the most destructive force in the universe.” Richard Rohr writes that prophets and wisdom teachers like Jesus “have passed through a major death to their ego. This is the core meaning of transformation.”  Marcus Borg says that this kind of transformation “leads from a life of anxiety to a life of peace and trust. It leads us from bondage of self-preoccupation to the freedom of self-forgetfulness. It leads from life centered in culture to life centered in God.”

Don’t get me wrong. I am a strong proponent of the right kind of self-care. I work all the time with community activists and we know that burn-out is an occupational hazard. The challenge is to practice disciplined self-care that does not fall into self-absorption.

I once heard Dr. Paul Campbell, a Canadian physician, describe the Quiet Time as “the highest use of the brain.” Writing down the thoughts that come in silence and sharing them with a trusted friend or sometimes with a circle of friends is another helpful step in discerning what the Spirit may be trying to communicate and in holding ourselves accountable.

In my experience the Quiet Time enables us to accept our true selves and to allow the power of love to permeate our minds and hearts to see ourselves and others in a new light – and then to act. The power of this practice is seen in the practical steps taken by shantytown leaders in Rio de Janeiro and village farmers in India, a politician in Australia, or a business executive in Britain.* For them, and for thousands of others, the Quiet Time not only made them better and happier people but connected them with their neighbors and colleagues, or overcame rivalries and bitter feuds, and led to creative approaches to everyday challenges.