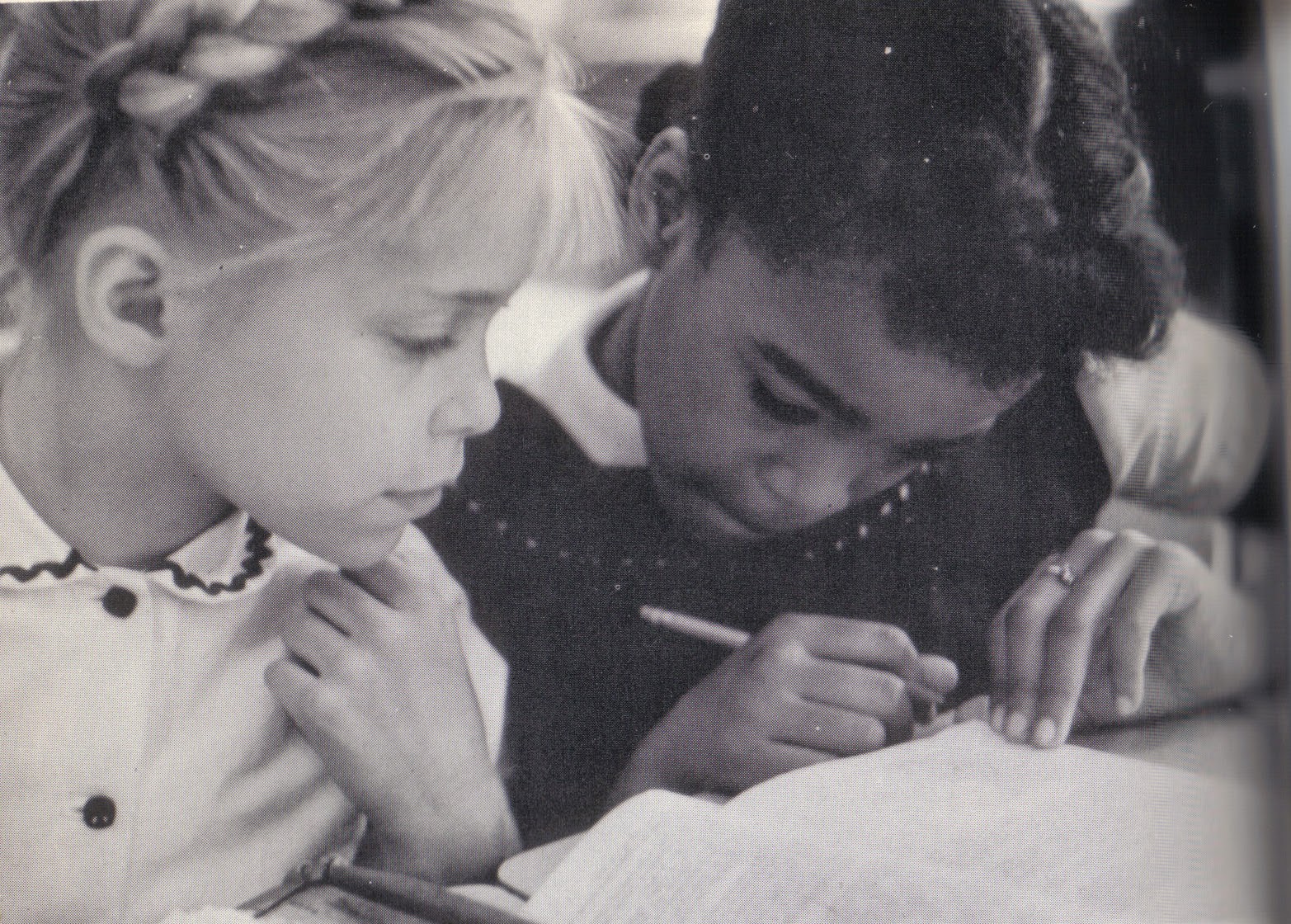 Ten years ago I took part in a forum of scholars, social psychologists and racial dialogue practitioners, marking the 50th anniversary of Brown v Board of Education.  At the time we noted that American schools were reversing much of the progress toward integration achieved since the Supreme Court decision.    That same year, our youngest son graduated from Richmond Public Schools. Nearly half of the city’s schools had fewer than ten whites in their student bodies and eight had none at all.A glance at the 2014 demographics shows that while the number of white students has increased, due largely to greater participation in elementary schools, white participation in middle and high schools remains low. Out of a citywide population of 1,153 12th graders there are just 100 white non-Hispanic students. The largest number is at kindergarten level and 146 out of the total 258 are clustered in two elementary schools.  Some schools have lost ground. The middle school that our sons attended has just two white 8th graders (there were 19 in 2004).  But Richmond is actually faring better than many school districts nationally. As we mark the 60th anniversary of the Supreme Court’s landmark decision, the resegregation of America’s schools as documented by Jonathan Kozul in The Shame of the Nation:The Restoration of Apartheid Schooling in America, is relentless. And in a 2007 ruling, the Court effectively buried Brown by outlawing even voluntary initiatives to create racial balance, as for example in Seattle and Louisville. Justice Stephen Breyer, in a scathing dissent, likened the inequality in our schools to “a caste system rooted in the institution of slavery and 50 years of legalized subordination.”   A compelling case study, Segregation Now

, by Nikole Hannah-Jones in The Atlantic, April 2014, examines the story of one school in Tuscaloosa, Alabama, that has experienced both integration and resegregation.    By the 1970s, public schools in the South had become the most integrated in the country, largely as a result of court-ordered action. Central High School in Tuscaloosa, Alabama, was “one of the South’s signature integration success stories.” In 1979, a federal judge had ordered the merger of two largely segregated high schools. For two decades, students at the new integrated Central High performed at a high level academically and in sports.  But the Tuscaloosa school system was steadily losing white students. Once a majority, by the mid-1990s they made up less than a third of the population.  Many white parents had decided to send their children to nearly all-white private schools or to move across the city/county line to access the heavily white Tuscaloosa County Schools. And the business community, concerned about the eroding tax base and hoping to attract new industries, wanted to be able to say that Tuscaloosa City Schools would not be “an inner-city school system.” In 2000, after much back-room lobbying to build support from key leaders (including some African American leaders), another federal judge released Tuscaloosa City Schools from the court-ordered desegregation mandate.“Freed from court oversight, Tuscaloosa’s schools have seemed to move backwards in time,” writes Hannah-Jones. The citywide integrated high school was replaced by three smaller schools. Central High is now “a struggling school serving the city’s poorest part of town, it is 99 percent black…Predominantly white neighborhoods adjacent to Central have been gerrymandered into the attendance zones of other, whiter schools.”To be sure, there are no all-white schools; most of the city’s white students attend schools with significant numbers of blacks. “But while segregation as it is practiced today may be different than it was 60 years ago, it is no less pernicious: in Tuscaloosa and elsewhere, it involves the removal and isolation of poor black and Latino students, in particular, from everyone else.”And this appears to be the key point: Across America, the overwhelming majority of white and middle-class parents do not wish their children to be educated alongside poor black and Latino kids.Yet integration has been shown to benefit whites and blacks alike. The Atlantic story cites a 2014 study by Rucker Johnson, a public-policy professor at the University of California at Berkeley, who found that African Americans who attended schools integrated by court order were more likely to graduate, go on to college, and earn a degree than those who attended segregated schools. Five years of integrated schooling increased the earnings of black adults by 15 percent. They were significantly less likely to spend time in jail and they were healthier.The reasoning behind Brown was not just about black kids being able to go to school with white students. It was about having access to equal resources and similar opportunities which could only be achieved through integration. Research by Richard Kahlenburg in All Together Now:Creating Middle-Class Schools through Public School Choice shows that both lower-wealth and higher-wealth students perform better in economically integrated schools.  Our sons all say that their experience as white minorities in Richmond schools prepared them for living in a diverse world. Our middle son, Mark, says that despite the challenges, “the public schools did set us up socially by teaching us the thing that is fundamental in life: being with people who are different.”  My wife, Susan, comments: “I guess I hoped that if our boys were in the public schools, some African American kid would have the experience of knowing at least one white person who was an OK guy, and it would help to break down some stereotypes. Equally, for our boys, if the black guy sitting next to them was better than them at math or won the science prize, they are less likely to have negative images of African Americans.” Andrew, our youngest son, is now director of programs at Thurgood Marshall Academy, a public charter high school. Located in Anacostia in Southeast DC, it serves an all-black population, mostly from low-wealth families, and prepares them for college.  US News & World Report highlights the school in

Every student in each of the school’s graduating classes has been accepted to college and the alumni are graduating college at rates five times higher than their neighborhood peers. But despite the remarkable success of Thurgood Marshall Academy and a few  other standouts around the country, the vast majority of black and Latino students are attending schools that are underfunded, badly equipped and lacking in resources. Dedicated professionals and volunteers work tirelessly to mitigate the impact of segregation, but a friend who has done much to support Richmond’s schools says, “No-one is talking about the importance of a healthy integrated school.” At this point it will be virtually impossible to reverse the resegregation trend without courageous, determined and sustained action by citizens of all races and social classes – but particularly by white upper- and middle-class parents who are prepared to invest their families in building community. My blog

of last April highlighted some Richmond families who are doing just that. A wise friend who does racial healing work in Oakland told me, “We have to keep going upstream about consciousness and ask ourselves: what are the truths we have lost sight of? If we recaptured them, things would be very different. One such truth is that we are all connected. Our social structures are set up to help us forget this.” Race and class largely determine the neighborhoods we choose to live in, our friendships, our recreation and our places of worship, as well as where we invest our time and resources and how we vote. As Michelle Obama told students in Topeka, Kansas, “Brown is still being decided every single day, not just in our courts and in our schools, but in how we live our lives.”