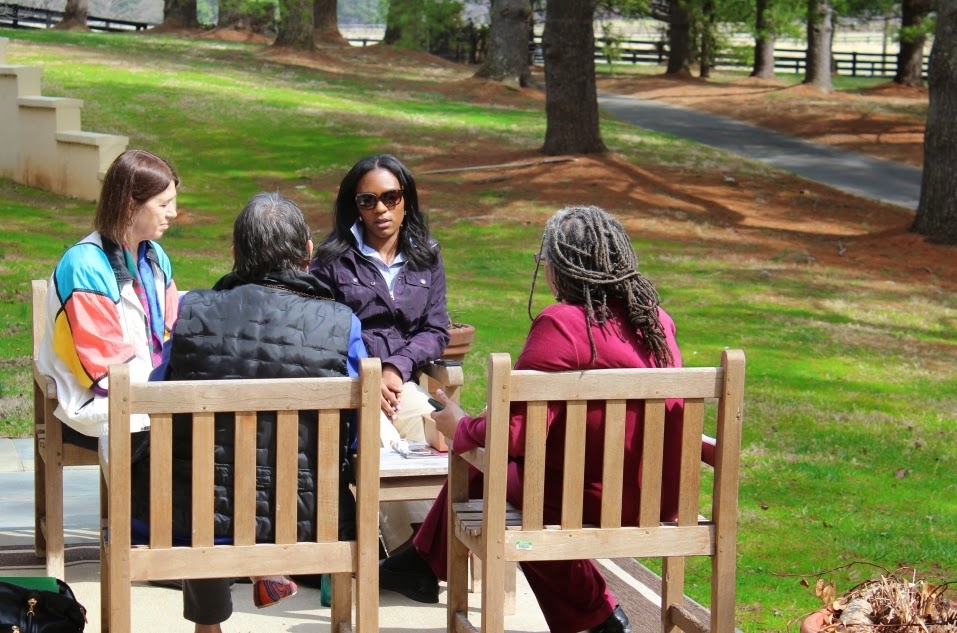 The theme of this year’s Lenten series at my church was “radical welcome.”  So I have been reflecting on what it actually means to create a welcoming space in my life, my friendships and my work with Initiatives of Change.  It takes courage to reveal your true convictions when you feel you may be alone in your beliefs among a large and vocal group.  It is doubly hard in the polarized political climate of the US today where we so quickly form stereotypes around words like conservative and liberal. An organization like Initiatives of Change which claims that it is for “everyone everywhere” must take special care not to allow prevailing orthodoxies of left or right to create a culture where honest conversation is stifled. When Susan and I first came to live in Richmond thirty years ago, many of the people we came to know, including our work colleagues, were deeply conservative. As the son of a trade unionist, I often felt like an outsider.  But one of my early “aha” moments was the realization that my natural inclination to make judgments about conservatives was a barrier to my effectiveness in building the teamwork needed for social change and that I had something to learn from everyone – including those whose political bias was different from my own.Today the scene is very different. I would venture to say that the great majority of those with whom I interact are strongly liberal, so it becomes especially important to hear and encourage the more conservative voices. No one has a monopoly on truth. I am convinced that one of the greatest obstacles to progress in this country is the prevailing sentiment among liberal activists that “we are the solution and others are the problem,” or at least in need of education. I recall a meeting of national social justice advocates where I remarked that we were “like an airplane with one wing.” How could we change the country with only people of one worldview?Some years ago, I invited a dentist friend who devoted much time to pro bono work to attend a “dismantling racism” workshop. He withdrew in frustration because the trainer insisted on group acceptance of a particular social construct and historical interpretation. My friend was made to feel that his contribution to the community was of no value – worse, in the prescribed victim-victimizer paradigm, he was identified as a perpetrator of injustice who must be reformed. A potential ally was lost.Similar feelings of exclusion can occur around matters of faith. One of the most significant moments of a recent national meeting of Initiatives of Change occurred in the final hour. A woman from Northern Virginia rose to say she was aware that most people in the room were liberals, but she wanted everyone to know that she was a conservative Christian and marched in pro-life rallies. But she also said that she was committed to social change. (Later one person said to her in surprise, “But I thought all pro-lifers were mean people!”) 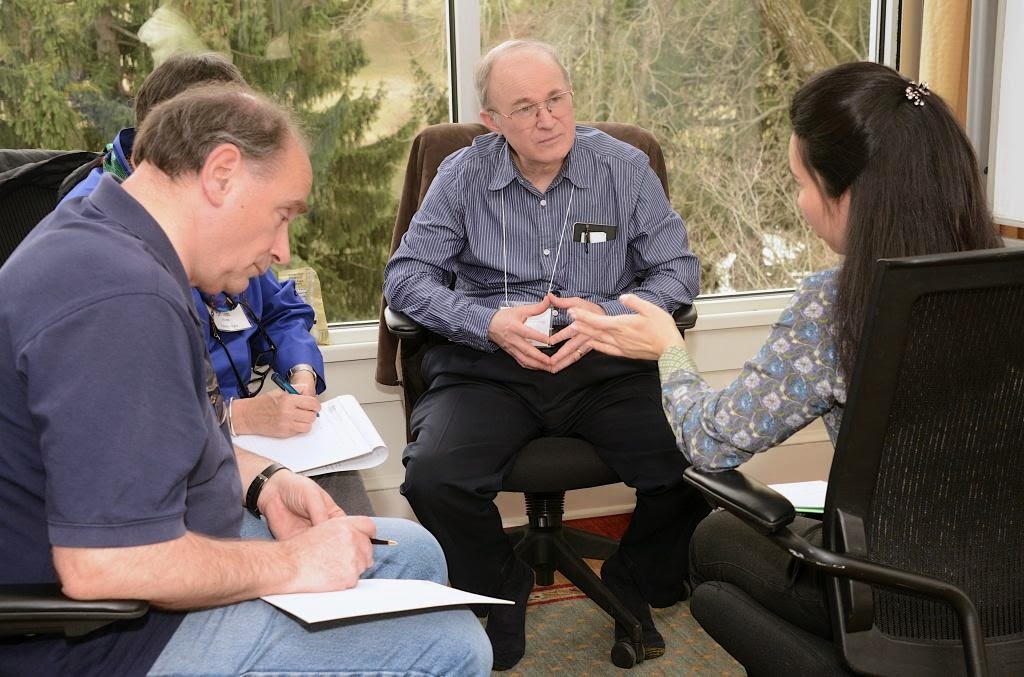 This act of courage emboldened a participant from Richmond to say that she also was a conservative and had not previously felt comfortable within the group. Another person expressed appreciation for the sensitivity she had felt during the weekend as a person of no religious faith. Afterwards she met over lunch for a heartfelt conversation with the two self-identified conservatives. She said she had frequently felt excluded in a predominantly Christian culture and she “wept tears of joy” at finally being accepted for who she was and feeling that she had a home in Initiatives of Change. Many of my sons’ generation would describe themselves as spiritual and are deeply committed to making practical change and to building just communities. They do not believe in a God confined behind church doors, where the emphasis is more on gaining members than addressing social ills, where doctrine excludes rather than welcomes and where judgment supersedes love.   My own spiritual beliefs and my views on abortion, gay and straight relationships, racial and economic justice, and a range of other issues do not fall easily within prevailing political or religious orthodoxies. I suspect that many people are frustrated by the liberal/conservative or cultural and religious boxes in which we insist on placing each other. Life is complex and we must allow for ambiguity.Now more than ever America needs spaces where honest conversation can flourish and where unexpected partnerships become possible. If people feel they must check their true selves at the door, the dialogue will not be honest and we will miss opportunities to celebrate the richness of our diversity. As I wrote in my book, Trustbuilding

, “true dialogue involves inquiry, attentive listening, and sharing of experiences as well as information and assumptions with the purpose of learning.”