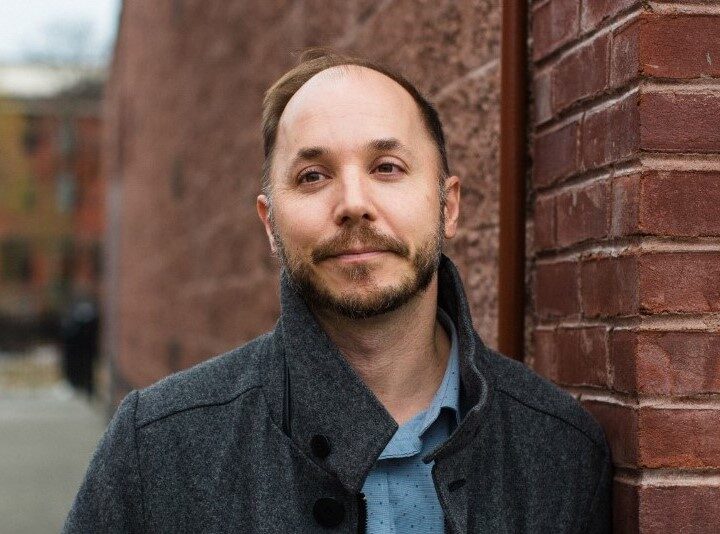 Chris Breitenberg is a longtime friend  and colleague in the work of trustbuilding. He is the Director of National Program Partnerships at Rising Tide Capital, a nonprofit dedicated to transforming lives and communities through entrepreneurship. In that role he continues his life’s effort to build a more peaceful and whole world — by encouraging, accompanying, and equipping individuals and groups to create meaningful change in their lives, communities and world. This guest column is taken from a talk he gave at the international center for Initiatives of Change in Caux, Switzerland, in 2009.

“You talk a lot about Gandhi’s message, ‘be the change you want to see in the world,’ but what are you actually doing about it? How is that actually affecting your life?”

The words stopped me cold. It was last summer when a good friend put it to me straight. I talk a lot about this message – change starts with me – but it had been some time since I’d really sat down to think about it.

The next morning, I decided to take the challenge into my quiet time. Within seconds, a clear thought came to my mind.

The world I want to see is one without walls. Walls are borders of insecurity. They are symbols of distrust. Whether they are physical, emotional or spiritual, walls block us from relating to each other freely and authentically. But as I thought about it, I realized that I had been building my own. And that it had grown quite tall and deep.

My family is full of opinionated people, none more so than my grandfather. As a boy, I learned much from his knowledge of news and politics. But as I got older, I started to form opinions very different from his. While this first led to some educational exchanges, the conversations eventually soured. And it got personal.

The dialogues degraded to name-calling and the outcome of the conversation typically ended with my grandfather saying something like, “Chris, you are too young and you don’t know how the world works.” To which I would respond with similar maturity: “Poppa Don, you are too old and the world has passed you by. Your thinking is outdated and it’s time for you and your friends to get out of the way.” Then I would add something snide about Facebook or instant messaging to remind him that the world was changing beyond his understanding.

And so the wall was built. It seemed our relationship boiled down to who could win the argument or make the most incendiary remark. Eventually, I didn’t care to see my grandfather anymore. I had grown bitter and resentful towards him.

A shocking thought
So my friend’s challenge yielded a result. A thought came clear to me: “Write and apologize for holding this grudge.” It was a shocking thought. Why should I apologize? He was the one who started it all in the first place. I mean, all I ever wanted to do was to prove myself right and him wrong. But the thought stuck with me for days, weeks and even months. I swore I wouldn’t write the letter.

That’s when another friend came along. He persisted in his encouragement that I write the letter. Finally, 5 months after the initial thought, I wrote briefly: “Grandfather, I’ve been holding a bad feeling in my heart towards you. I hope that you can forgive me and that we can rebuild our relationship.”

His response came a month later. Via email no less (he’s not so antiquated as I might like to think). He accepted my apology. He also apologized to me, saying that he had never intended to hurt me nor had he even known that I had been suffering.

But then something very unexpected happened. His letter continued. He wrote about his life and how it had hardened him and how at one point he had lost the capacity to love at all. He wrote of his family’s suffering during the Great Depression. He wrote of the difficult relationships he had in his family growing up. He wrote about his time as a soldier in WWII when he went to Europe with 250 men and returned home as one of six survivors. He’d been shot twice.

At the end of the letter, humanity had been  restored. I’d forgotten my grandfather as a human with his own burdens and wounds. I’d been so consumed with my own feelings that I’d never considered his! And what a response! My small extension of trust had been returned with an immense wave of willingness – to regain what had been lost and much more, to create something new that would grow and gain in strength.

We don’t ever want to see ourselves as the perpetrators of what we don’t like in the world. But sometimes it takes a good friend or a long honest reflection on our actions to see where we really are and to be real with ourselves. And once we’ve seen it and faced up to it, to believe in the power of a small and simple movement in the right direction. And to know that one courageous step can change everything.

Chris’ grandfather died in 2018. He was buried with honor at Arlington National Cemetery in 2019 in the presence of his greatest treasure – his family.