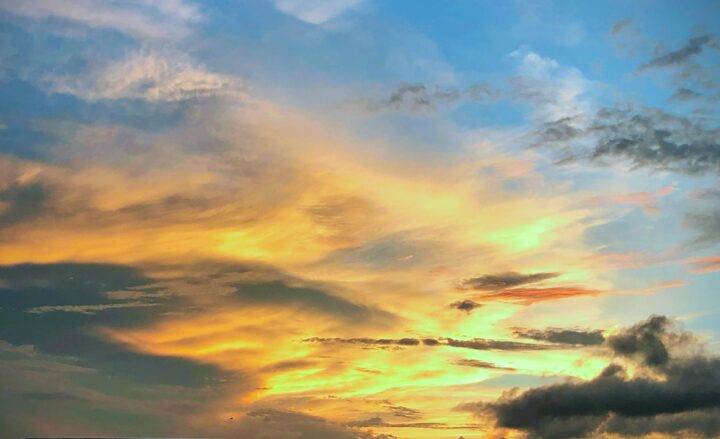 “I love America.” These were the parting words of my father at my final visit with him as I left to catch my flight from the UK back across the Atlantic. He spoke with intensity, grasping my hand and attempting to rise from his hospital bed.

Dad was a Scot who spent seven years in the USA, arriving not long before the outbreak of World War II.  He was part of a team doing vital work to address the tempestuous industrial relations in the steel mills, aircraft factories and coal mines. He became the trusted friend of many of America’s labor leaders. Some of these men were to experience changes in their personal lives that made them powerful forces for better working relationships in their industries. He served as a staff sergeant in the US Army Air Forces, including a spell at a refueling base in Greenland.  At the end of the war, his commanding officer offered to make him a citizen. He declined, but America was always a second home for him. He married my mother in Los Angeles in 1948.

Because he loved America so deeply, he was also clear about its faults. After the horrific events of 9/11, Dad told me that the guards at Buckingham Palace had played “God Bless America.” He was grateful, but he remarked, “The question is, will God guide America?”

It’s a question we should ask this month as we mark 20 years since the attacks that precipitated two decades of war in Afghanistan. I remember our eldest son at Georgetown university calling us to say that he and his friends could see the smoke rising from the Pentagon. Our youngest son asked us, “Will this change our lives?” In the following days we saw Americans of all backgrounds pulling together in acts of patriotism and remarkable generosity. I spoke with contemporaries who came of age in the Vietnam era demonstrating against their government. None had voted for Bush, and they challenged many of his policies, yet all of them said it was a transformative experience. One said she was flying the American flag for the first time.

Others pointed to the need for America to engage in some serious self-examination. A friend wrote, “The U.S. has to be seen to shoulder the common challenges of humankind right now and not preserve for itself the position of a special case…We must respond to the needs of the disadvantaged, we must share, we must encounter all others with respect. We must recognize that self-congratulatory self-promotion of our own way of life is alienating to much of the rest of the world.  At the same time, we must consistently encourage justice and democratic values in other countries.”

Sadly, America’s sense of unity was short-lived. With less than one percent of the population directly engaged in the Afghan or Iraq wars, Americans – with our notoriously short attention span and following Bush’s exhortation to simply “go shopping” – continued to believe we could live our lives undisturbed by world events. Partisan politics, exacerbated by racism and xenophobia, soon regained control. The virulent opposition to the first Black occupant of the White House, the rise of the Tea Party, four years of overt race-baiting and attacks on democratic institutions culminated in a mob assault on the Capitol. The stock market boomed and the top one percent prospered while vast numbers of Americans struggled to survive on wages that had not increased in real terms since the 1970s.

In many ways the Covid-19 epidemic has been a long, agonizing, and exhausting 9/11 experience, especially for the first responders. Yet despite the deaths of more than 650,000 people, the politicization of masks and vaccinations has left the country more divided than ever.

“God Bless America” has been performed in different versions over the decades. If my dad were alive today, he might remind us of some lines that are rarely sung:

From the original 1893 poem
God shed His grace on thee
Till selfish gain no longer stain,
The banner of the free!

And from 1904 and 1911 versions:
God mend thine ev’ry flaw,
Confirm thy soul in self-control,
Thy liberty in law.

Self- control, selflessness, a readiness to admit our flaws. These are characteristics of true patriots. In every corner of this country there are people in every walk of life who strive with courage and persistence to live out these qualities. They serve their neighbors and complete strangers with extraodinary generosity. They open their homes to refugees fleeing war and persecution. They are telling the painful histories of their communities with honesty and a readiness to accept responsibility for acts of repair. We should celebrate them.