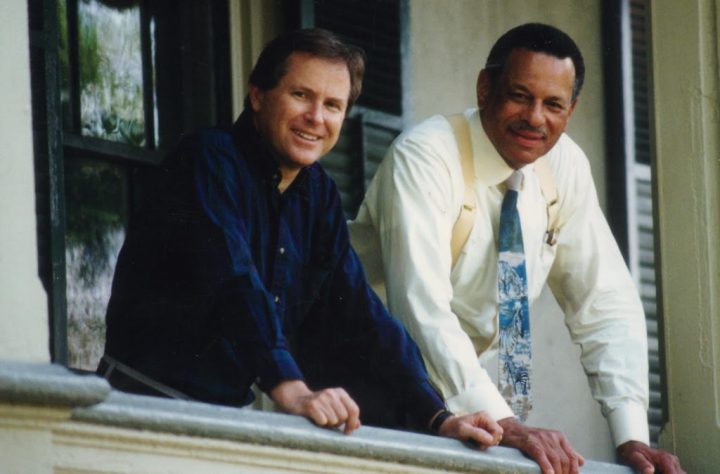 This month, Richmonders from many parts of the city celebrated twenty-five years of work for honest conversation on race, reconciliation and responsibility by the Hope in the Cities network. “It was launched in perhaps one of the worst racialized locales: Richmond, Virginia – given its Confederate history – a city that became the capital of racial contempt and enslavement with a racial war to prove it,” said Rev. Dr. Paige Chargois. “But where else in America could such work have become more significant or productive!”

Senator Tim Kaine sent a message in which he recalled his words eight years ago at the launching of my book, Trustbuilding: “Racial discrimination remains with us, and we will continue to need the help of Hope in the Cities to conquer our lesser instincts.” He wrote, “While I am saddened that this observation holds true today, I am heartened by Hope in the Cities’ work to confront our lesser instincts…This commitment has spread across the world where activists work to create more peaceful, just and equal communities.”

Recalling the first public walk through Richmond’s racial history, Kaine said,”In an age of heightened bigotry, my advice to you is to keep on marching as you did twenty-five years ago.”

What lies behind the depth, dynamism and durability of this movement in Richmond? The answer can be found in the lives of many of the individuals present at the celebration. In different ways, each of them made choices to step beyond their fears, pride, privilege or hurt and to reach out to those who are different. Audrey Burton, an African American community activist, told how she and her husband, Collie, built a friendship with a man they had suspected of racial bias, the senior assistant city manager, and opened their home to people of all backgrounds.

Audrey also enlisted her friend Paige Chargois. “Hope in the Cities resonated with me for several reasons,” said Paige. “Most importantly, it had moved beyond simplistic approaches to more serious efforts of racial reconciliation. The challenge of reconciliation is brokenness. To reconcile, a relationship must be broken from its old way(s) of relating superficially – or with historical bias – then put back together in a different, healthier, and lasting way. Without disruption, the work of racial reconciliation can become superficial or placating at best, non-existent at the worst.

“Within the work of racial reconciliation and seeking to end racism, we realized that we could expect to be wounded, offended, and diminished at times as we fought to make the work successful!”  As one of her former colleagues I can attest to some of the struggles! 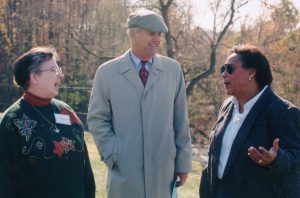 The Hope in the Cities team determined that relationships were more important than projects, and over the years they have accompanied each other and many others in the wider community who needed support, often acting as silent partners without any demand for public recognition.

This accompanying role was highlighted in a letter from the chairman of Initiatives of Change USA, Alex Wise, who was chairman of the Museum of the Confederacy when he first encountered Hope in the Cities. He came to realize that “people like me were used to telling the story of the Civil War with blinkers on, and that this was contributing to the South’s racism and resistance to change.” He began to imagine a new museum where the whole story could be told from all perspectives. “Gaining the support of Hope the Cities was a key to our success.” Thanks to the trust Hope in the Cities had built, “we were able to gain a hearing and win the support of enough black opinion leaders to get the American Civil War Center at Historic Tredegar off the ground, and to help to change America’s narrative of the conflict that still shapes our nation.”

As Tim Kaine noted eight years ago, “Hope in the Cities focuses on the ‘still small voice’, not loud and flashy approaches, or neon signs…Listening is a lost art in this world. Hope in the Cities is creating a space where people can talk. It is incredibly important work…That listening thing is needed more than ever, and not just in racial issues.” 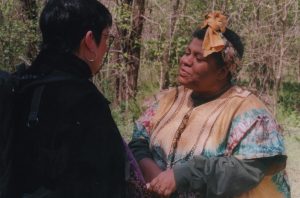 Creating space for change requires us to create places of hospitality in our hearts and minds. For many of the Hope in the Cities founders like Audrey Burton and Paige Chargois it meant welcoming diverse groups to their homes. Hospitality means laying aside our preconceptions, bias and prejudices and learning to listen. Listen to the story of the other person, the other group; and listen to the voice of the Creator. None of the breakthroughs that have come through the efforts of Hope in the Cities could have occurred without the willingness of individuals to listen deeply to that inner voice.

According to the historian Philip Boobbyer, Frank Buchman, the initiator of the Initiatives of Change movement which birthed Hope in the Cities, once said, “If you break the power of your instinctive actions and reactions by obeying the Spirit, you are on track.”  Susan and I have benefited recently from reading Listening to the God Who Speaks by Klaus Bochmuehl. It contains a wealth of insights about the guidance of the Spirit, which, according to St Bernard of Clairvaux, “admonishes the memory, teaches reason and moves the will.”  Bochmuehl highlights the “liberation” of listening: liberation from the “dominant cliches,” the “clamoring voices of our culture,” and a “return of creativity and spontaneity.” Those who listen to their inner voice become “spiritual resource people, constant sources of inspiration rather than irritation.”

At this season of new birth, what could be timelier than to make our hearts and minds places of hospitality for the Spirit? I am reminded of the final verse of a carol that I wrote for oureldest son’s first Christmas:

Tonight, across the world, ‘midst hunger, hate and war,
In each heart He’s knocking softly at the door.
Through pain and darkness there shines a light
For all mankind to share.